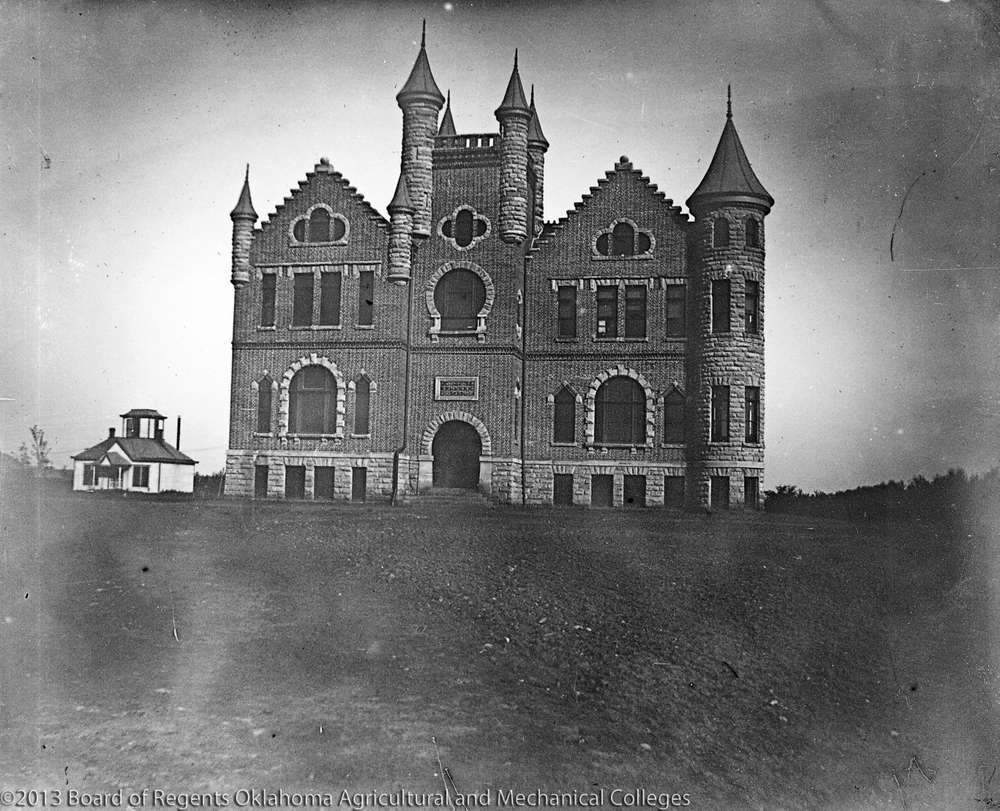 As part of the digital humanities internship experience, I was assigned to reconstruct one of Oklahoma State University’s (OSU) demolished buildings, Williams Hall. Williams Hall was built in the early 1900’s, before the rapid modernization which occurred in Stillwater, Oklahoma. Williams Hall initial function was the library, and it was actually the first library on OSU’s campus.

Later, Williams Hall became the chemistry building, thusly the building contained labs and classrooms to occupy the different lectures. Once OSU’s campus grew, Williams Hall received an expansion that added an assembly hall to the south side of the building. The assembly hall was also known as the chapel and in addition to the chapel, the addition to Williams Hall housed a group of students that practiced theater and music. In the 1960’s Williams Hall was demolished, along with the other early buildings of OSU. At the beginning of the 1960’s, OSU’s president (Bennett) constructed a major plan for the future of OSU, that meant a new library, classroom building, union, and other extravagant additions to the prairie campus. Unfortunately, with this new plan, many of the original buildings were torn down, ripping a piece of history from the fabric of Stillwater.

First, I downloaded the blueprints for the first floor via the file tab, and then I began to place walls where the blueprint instructed.

Second, I began to place windows and doors according to the blueprints.

Third, I added the second floor via the elevation option. Once the blueprints were uploaded, I had to size the second floor to match the first floor. After the two floors were sized together, I began to add floors, windows, and doors.

Fourth, I began to construct the roof, which proved to be an incredibly daunting task.

Once the building was constructed, I added furniture throughout the digitally constructed Williams Hall.