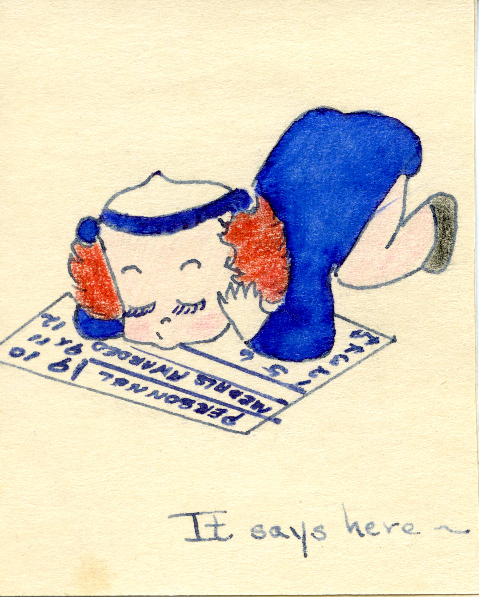 A song about The WAVES:

WAVES of the Navy,
There’s a ship sailing down the bay
And she won’t slip into port again
Until that Victory Day.
Carry on for that gallant ship
And for every hero brave
Who will find ashore, his man-sized chore
Was done by a Navy WAVE.

After the bombing of Pearl Harbor, the United States Government declared war on Japan and thusly caused Nazi Germany to declare war on the United State of America. Many American citizens were reluctant to support the war effort, especially after WWI left such an immense impact on the population. In hopes of gaining more support towards the war effort, the USA government wondered if women should play a role in WWII. The idea of women participating in the Navy sparked much debate but eventually, women were allowed into the Navy, and they were known as the WAVES (Women Accepted for Volunteer Emergency Services).

Once women were allowed into the Navy, the USA government selected several universities to operate as training facilities for both men and women. Consequently, Oklahoma Agricultural and Mechanical College were selected to train the new recruits. However, with the rise of recruitment, the notion of whether or not African-American women could participate became a hot topic. Only approximately 70 African-American women were allowed to participate in WAVES.